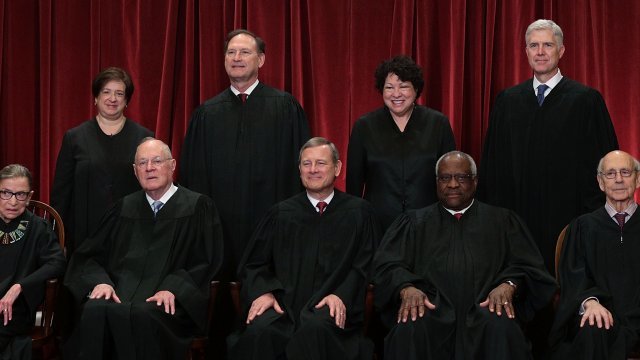 Two justices voted against the ban, and there are still multiple unresolved legal challenges around it.

Lower courts previously ruled that people from the banned countries, including grandparents and cousins, with a "bona fide" relationship with someone in America could not be barred from the U.S.

This is the third version of the ban.