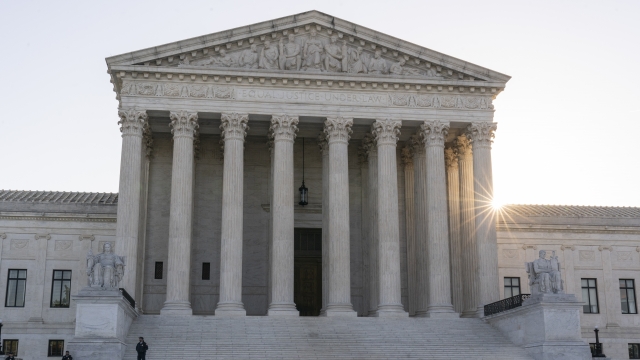 The high court declined to take up a case out of Rhode Island over whether fetuses should have constitutional rights.

On Tuesday, the Supreme Court decided not to take up a case on the so-called fetal personhood debate.

In 2019, a Catholic group and two pregnant women sued the state of Rhode Island, arguing that a state law codifying abortion rights stripped their unborn fetuses of their constitutional rights. In May, the lower court ruled that the fetuses did not have proper legal standing.

But after the Supreme Court's June decision in Dobbs v. Jackson overturned abortion protections, the plaintiffs urged the nation's highest court to weigh in on the question of whether or not an unborn child has any rights under the Constitution.

It may seem like a setback for anti-abortion groups, but advocates say they're not surprised.

"We haven't even had a full legislative session in the states since we got that Dobbs decision in June, so it's not surprising that they didn't take this case," said Katie Glenn, state policy director at the non-profit Susan B. Anthony Pro-Life America. "We're going to see what happens in the states and potentially other cases could end up back at the Supreme Court."

The justices did not give a reason for declining to take the case.

Justice Samuel Alito wrote in the Dobbs decision in June that the court's opinion was "not based on any view about if and when prenatal life is entitled to any of the rights enjoyed after birth."

The debate over fetal personhood raises questions around many issues from in vitro fertilization to contraception and child support.

"The idea of federal personhood would create a level of consistency across our country," Glenn said. "Right now, we've got some states under criminal law: If a pregnant woman is attacked, there are two victims. In some states, there's one victim."

Some states are already pursuing personhood laws, like Georgia's new law that allows women to claim unborn fetuses as dependents on their tax returns.

Meanwhile in Ohio, state lawmakers are considering a law to establish fetal personhood at conception, effectively banning all abortions at any stage of pregnancy.