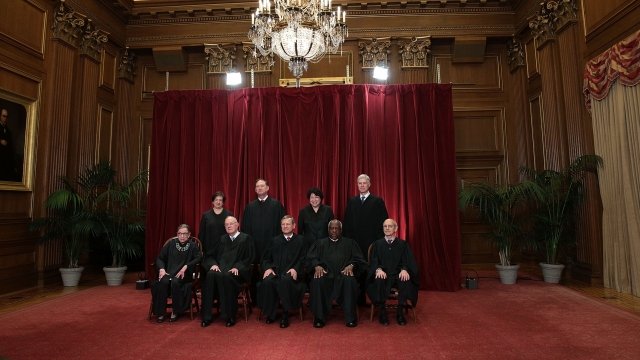 For now, at least, the U.S. Supreme Court is staying out of the gun control debate, which has only escalated following mass shootings in Nevada and Texas.

The justices left in place a federal appeals court ruling that upheld Maryland's ban on semi-automatic rifles. Maryland passed its ban after the 2012 mass shooting at an elementary school in Newtown, Connecticut.

Opponents of the law argued the ban was unconstitutional. But in February, the U.S. Court of Appeals for the 4th Circuit ruled that "assault weapons and large-capacity magazines are not protected by the Second Amendment."

The Supreme Court also declined to review a separate case challenging Florida's ban on carrying firearms openly in public. The justices did not comment publicly on either case.

In 2008, the Supreme Court found the Second Amendment protects an individual's right to own a firearm for "traditionally lawful purposes" under federal law. In 2010, it ruled the amendment also applied to state and local laws. The court has not heard arguments on the scope of the Second Amendment since.