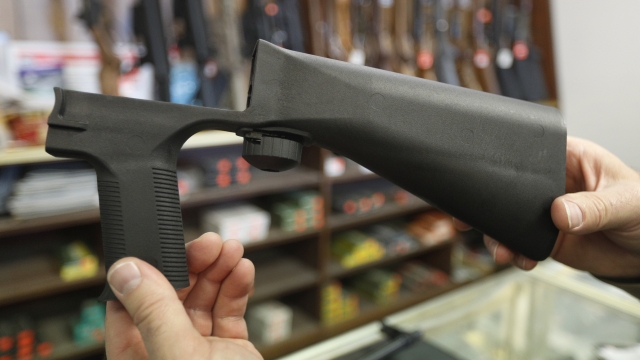 Bump stocks essentially let semiautomatic guns mimic automatic firing. The devices grabbed the nation's attention after the 2017 mass shooting in Las Vegas, where 58 people were killed and hundreds of others were injured. Authorities say the gunman rigged his weapons with bump stocks.

A few months after that attack, the Justice Department submitted a regulation proposal that would classify bump-stock-type devices as machine guns and ban their possession, sale and manufacturing.

Then in December, former acting Attorney General Matthew Whitaker signed a federal regulation that effectively prohibits them. People who own bump stocks had 90 days after the rule was published in the Federal Register to hand over or destroy them.

The Supreme Court's decision means the bump stock ban will be enforced while challenges make their way through lower courts.