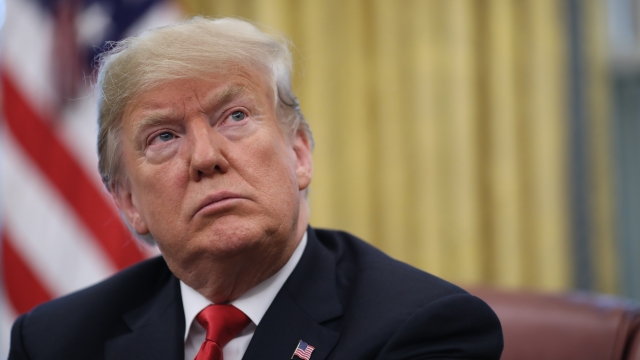 The high court will weigh in on whether President Trump can keep his tax returns and other financial information private despite multiple subpoenas.

The Supreme Court will weigh in on whether President Donald Trump can block the release of his tax records.

On Friday, the high court said it will decide whether the president can keep his tax, bank and financial records private.

The court said it will look at three cases involving the president's finances.

Three House committees and Manhattan District Attorney Cyrus Vance have all issued subpoenas for the president's financial records. None of those requests was sent to the president himself.

President Trump has filed multiple lawsuits to prevent Deutsche Bank and Capital One from complying with those subpoenas.

He also sued to block Vance from obtaining eight years' worth of his personal and business tax returns from his longtime accounting firm, Mazars USA. Vance's office issued the subpoena as part of its investigation into alleged hush money payments made to two women who say they had affairs with the president.

Arguments will take place in late March, and a ruling is expected by June.