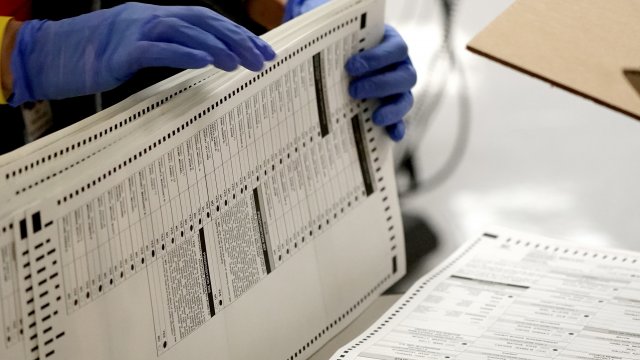 The Supreme Court on Thursday upheld voting restrictions in Arizona in a decision that could make it harder to challenge other voting measures put in place by Republican lawmakers following last year's elections.The court, by a 6-3 vote, reversed a lower court ruling in deciding that Arizona’s limits on who can return early ballots for another person and refusal to count ballots cast in the wrong precinct are not racially discriminatory.The federal appeals court in San Francisco had held that the measures disproportionately affected Black, Hispanic and Native American voters in violation of the landmark Voting Rights Act.Justice Samuel Alito wrote for a conservative majority that the state's interest in the integrity of elections justified the measures.In dissent, Justice Elena Kagan wrote that the court was weakening the landmark voting rights law for the second time in eight years."What is tragic here is that the Court has (yet again) rewritten — in order to weaken — a statute that stands as a monument to America’s greatness, and protects against its basest impulses. What is tragic is that the Court has damaged a statute designed to bring about ‘the end of discrimination in voting.’ I respectfully dissent,” Kagan wrote, joined by the other two liberal justices.The challenged Arizona provisions remained in effect in 2020 because the case was still making its way through the courts.President Joe Biden narrowly won Arizona last year, and since 2018, the state has elected two Democratic senators.