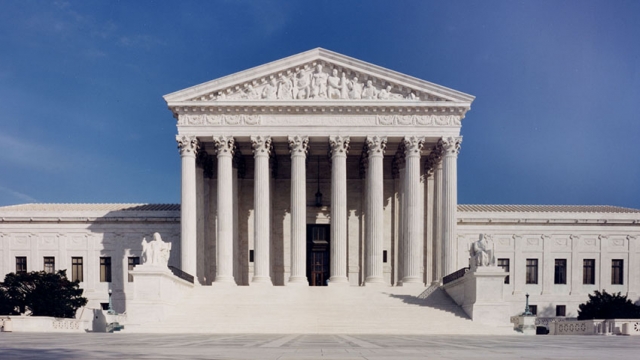 The U.S. Supreme Court is taking another shot at an issue it's notoriously sidestepped: partisan gerrymandering.

The justices will hear cases from North Carolina and Maryland this week.

But it's a bit of a sticky situation for the high court. In the past, the justices have agreed that partisan gerrymandering can be unconstitutional in some cases, but they haven’t been able to set a standard.

Last year, the Supreme Court heard two gerrymandering cases but avoided making a final decision in both, sending one back to a lower court. And in 2015, the court voted 5-4 to give redistricting permissions in Arizona to an independent commission.

Roberts expressed concern with the upcoming gerrymandering cases, saying the court would have to act as a referee during oral arguments.

The North Carolina case hopes to answer three questions, including whether the congressional map was an "unconstitutional partisan gerrymander" skewed towards Republicans. And in the Maryland case, the plaintiffs argue that the congressional district was "gerrymandered to retaliate against them for their political views," unfairly favoring Democrats.