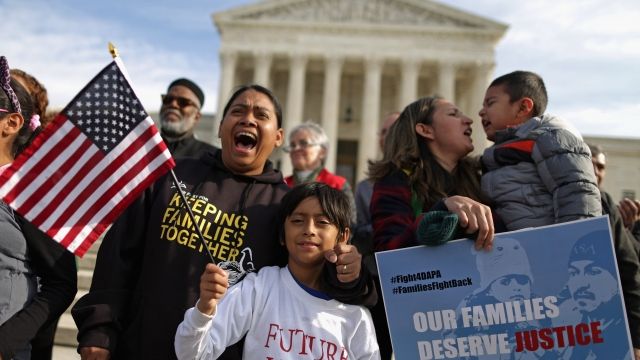 The state of Texas challenged the executive action that's designed to shield millions from deportation.

The U.S. Supreme Court will hear a challenge to President Obama's executive actions on immigration.

In November 2014, Obama announced a program to shield the parents of U.S. citizens or lawful permanent residents from deportation and allow them to apply for work visas. The policy change would have also allowed children of undocumented immigrants to stay in the U.S. if they illegally entered the country under the age of 16.

"If you meet the criteria, you can come out of the shadows and get right with the law," Obama said in 2014.

The changes haven't gone into effect because they've been caught up in the court system. The state of Texas is the plaintiff in the case, and one of the questions is if the Obama administration should have used an executive action for the overhaul.

If the Supreme Court rules in favor of the changes, the White House said it will implement the program.