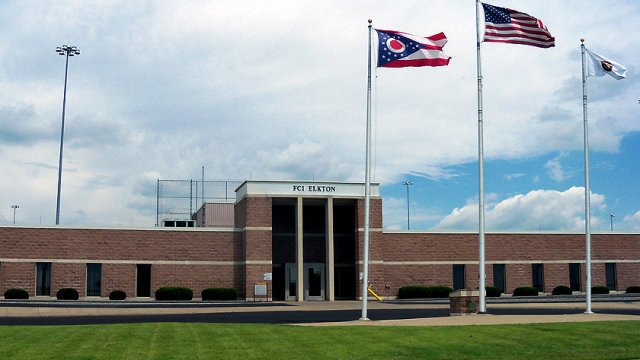 SMS
Supreme Court Stands By Order Requiring Govt. To Move At-Risk Inmates
By LeeAnne Lowry
By LeeAnne Lowry
May 27, 2020
The Bureau of Prisons opposed the release of inmates at an Ohio facility, citing a risk to public safety.
SHOW TRANSCRIPT

On Tuesday, the Supreme Court chose not to block a judge's order requiring the government to move hundreds of at-risk inmates from an Ohio prison due to COVID-19.

The ACLU brought a lawsuit on behalf of inmates being held at Elkton Federal Correctional Institution near Canton, claiming that holding medically vulnerable or elderly inmates in this facility during a coronavirus outbreak is cruel and unusual punishment. A quarter of its prisoners have tested positive. Nine have died.

A lower court decided in April that Elkton must identify prisoners to be moved or released — whether it be compassionate release, parole, community supervision or transfer furlough.

The Bureau of Prisons opposed the release of the federal prisoners, citing a risk to public safety. The judge issued another order in May to enforce the first one.

The Supreme Court said the Trump administration could submit a new filing later, after an appeal on the second order makes its way through lower courts.