The Supreme Court's History Of Firsts And What Happened After Them 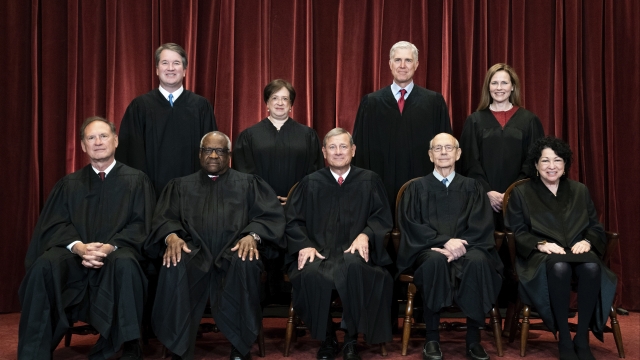 SMS
The Supreme Court's History Of Firsts And What Happened After Them
By Amber Strong
By Amber Strong
February 22, 2022
The American people are split over President Biden's decision to nominate a Black female justice, with 55% saying the pick isn't important.
SHOW TRANSCRIPT

The Biden administration has been one marked by many firsts: the first African American vice-president, the first gay cabinet secretary, the first Jewish second spouse.

Now, the president plans to nominate a person he hopes will become the first Black female Supreme Court justice — an announcement that caused a stir among some groups. But a president purposely nominating the first in any category isn't new, and neither is the backlash.

Historians say when you're the first, scrutiny will follow.

"Nobody was standing up and saying, 'Oh my god, we can't have a Jew on the Supreme Court,'" said Stephen Wermiel, law professor and Supreme Court author. "It was more subtle and whispered."

Instead, Wermiel says antisemitism toward Brandeis was often labeled instead as a dislike of his legal work for the people and role as an activist.

It's a theme that would continue with the appointment of acclaimed lawyer Thurgood Marshall, who said "I am certain that there is no possible reason that I could have to not adequately represent this government which is afterall my government, just as it is all of our government."

But that didn't stop the backlash from those who believed him to be too closely tied to the civil rights movement.

"The racism came right out on the table," Wermiel said. "During his confirmation hearing in the Senate Judiciary Committee, a senator asked him if he hated White people."

It was something he'd faced before. His appointment to the U.S. Court of Appeals by President John F. Kennedy years earlier was also met with rejection from southern Democrats and voters who sent letters to Kennedy questioning his Christianity over Marshall's nomination. 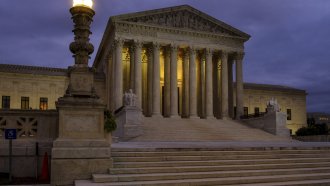 Why Are Supreme Court Nominations So Partisan?

While President Reagan's nomination of O'Connor was much less contentious than Marshall's, President Reagan also faced backlash, writing in his diary, "... already the flack is starting and from my own supporters."

The pushback was from the growing evangelical right who feared O'Connor would be an advocate for abortion rights.

Still, overall, Reagan was largely applauded for the move.

In the 233 years of the court and the 115 justices, there have been five women, no justices of Asian or Native American descent;  and the first Italian American, Antonin Scalia, wasn't confirmed until 1986.

Wermiel says regardless of the outcome or how beloved a nominee may become, history shows backlash is coming.

Now, the American people remain split when it comes to the president's decision to nominate a Black female justice, with one new poll saying 51% support the move but a separate poll saying 55% believe picking a Black woman nominee isn't important.