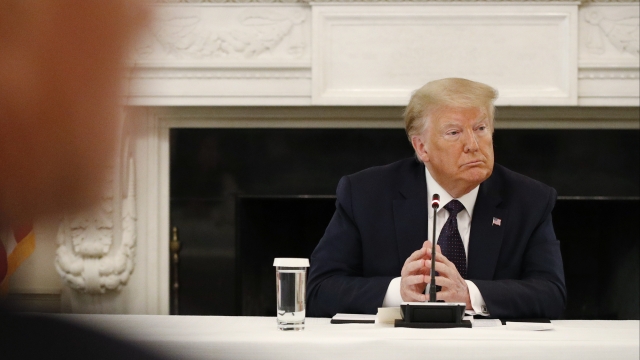 The Supreme Court has weighed in, and President Donald Trump can't unilaterally keep all his tax and financial records a secret.

The Supreme Court handed down two decisions Thursday linked to President Trump's financial records. One order stems from congressional subpoenas from the House Oversight, Intelligence and Financial Services committees. The second order is linked to a grand jury subpoena from a New York County investigation into payments made to Stormy Daniels, who says she had an affair with the president.

In a 7-2 decision in the congressional case, the Supreme Court said the president can't categorically reject the committee's subpoenas to Mazars, Deutsche Bank and Capital One. But the documents requested might go too far.

In the decision, Chief Justice John Roberts said "the standards proposed by the President ... would risk seriously impeding Congress in carrying out its responsibilities." But the order also faults the breadth of the committees' subpoenas. Roberts wrote the House's defense "would leave essentially no limits on the congressional power to subpoena the President’s personal records." The case will now go back to the lower courts, which have been instructed to better consider separation of powers concerns.

In the New York case, it was another 7-2 decision opposing the president's statements that he's immune from criminal subpoenas while he's in office.

In that decision, Roberts said "Presidents from Monroe to Clinton have accepted ... that the Chief Executive is subject to subpoena and have uniformly agreed to testify when called in criminal proceedings." The case will now go back to the lower court, where the New York District Attorney Cyrus Vance and the president's legal team will need to come to an agreement on what documents to release.

The president has been fighting for years to keep his personal financial details to himself. But Thursday's rulings don't necessarily mean President Trump's financial records will eventually become public.

Once an agreement is struck in New York, the documents will be turned over to a grand jury, where the proceedings are secret. In the House, Democrats are expected to push for the potentially damaging documents to be made public before the November election, but it's unclear when or if that would happen since the case will need to be re-litigated in the lower courts.