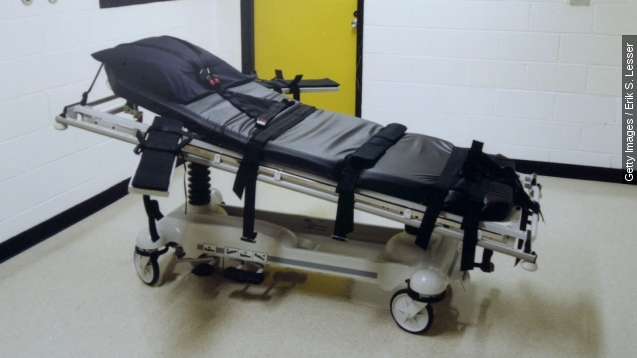 The Supreme Court voted 5-4 Monday to uphold the use of a sedative that's part of a cocktail in lethal injections. The drug, known as midazolam, has reportedly been linked to several "botched" executions in Arizona, Ohio and Oklahoma.

Midazolam is the first of three drugs administered to death row inmates. It's designed to reduce pain.

But, it might not always work. During three executions last year, inmates reportedly moaned and struggled before they were declared dead.

The case was brought to the Supreme Court by death row inmates in Oklahoma who claim the ineffective drug leads to cruel and unusual punishment.

Justice Samuel Alito gave two main reasons for the decision. Lawyers representing the prisoners "failed to identify a known and available alternative method of execution that entails a lesser risk of pain. Second, the District Court did not commit clear error when it found that the prisoners failed to establish that Oklahoma’s use of a massive dose of midazolam in its execution protocol entails a substantial risk of severe pain."

We've seen states duel with the Court on similar issues before. In 2008, justices decided barbiturate sodium thiopental, also a sedative, was legal. However, since then, supplies of that drug have dried up.

And according to USA Today finding similar drugs has been difficult. Manufacturers both stateside and in Europe are refusing to provide drugs that induce sedation for prisoners.

The New York Times reports because of this, many states are revisiting ideas of using electric chairs, firing squads or nitrogen gas for future executions.

This video contains images from Getty Images and Thomas Woodard / CC BY 2.0.