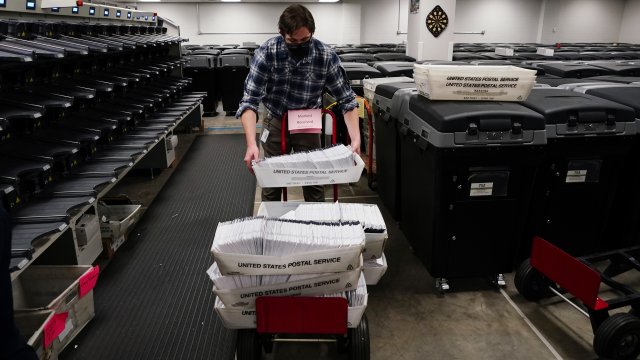 The Supreme Court rejected a second attempt from Pennsylvania Republicans to block a mail-in ballot extension.

In a 5-3 vote, justices upheld a three-day extension after a tie-vote last week, allowing the state to count mail-in ballots after the election, despite Republican objections.

They tried to get a second ruling after conservative Justice Amy Coney Barrett was confirmed. She was not part of deliberations today.

But several justices indicated Republicans could appeal again after the election, and the ballots could be tossed then if it's successful.