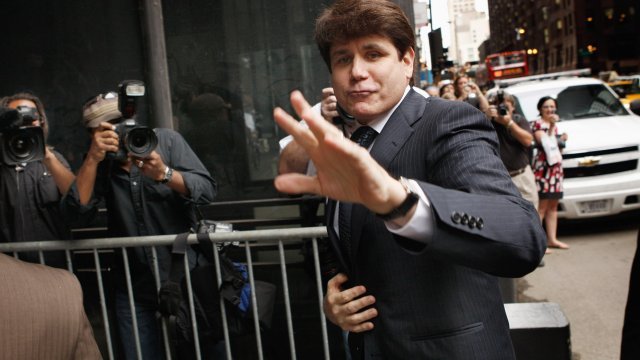 Former Illinois Gov. Rod Blagojevich appears to have run out of legal options to get out of prison early.

For the second time, the U.S. Supreme Court declined to hear Blagojevich's appeal, meaning he will likely serve the remainder of his 14-year prison sentence until 2024.

The defense contends the law Blagojevich violated is vague and not easy to interpret. They hoped the Supreme Court would clear up the campaign finance law.

But Blagojevich does have one last hope. He needs President Donald Trump to pardon him or commute his sentence.