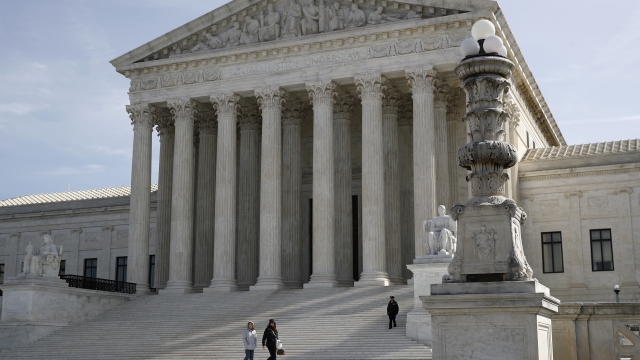 The Supreme Court announced Monday it is postponing oral arguments for the first time in over a century "in keeping with public health precautions recommended in response to" the coronavirus pandemic. This affects cases scheduled for March 23-25 and March 30-April 1.

This is the first time in 102 years the high court has chosen to postpone arguments, but it noted this "is not unprecedented." The Spanish flu epidemic led the court to delay arguments in October 1918. Before that, the court responded to yellow fever by shortening argument calenders twice in the 1790s.

The scheduled session was set to include some high-profile cases. Three of them had to do with whether President Donald Trump should be required to share his tax returns and other financial information, which have been subpoenaed by the U.S. House of Representatives and a New York prosecutor.

The high court said it will look into the options for rescheduling those cases but hasn't set dates. In the meantime, it will hold its scheduled private conference on Friday, with some justices possibly joining by phone.