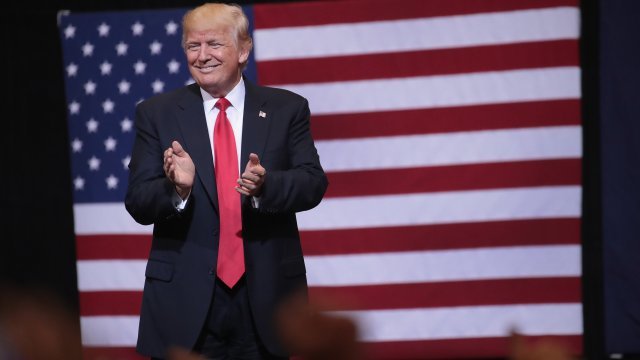 The Supreme Court gave President Donald Trump a win: The so-called travel ban is back — kind of.

That "travel ban" refers to an executive order that temporarily bans people from six Muslim-majority countries from entering the U.S. In a decision handed down Monday morning, the court partially lifted the injunctions that blocked the administration's controversial order.

Here's where the "partially" part comes in. The court's ruling narrows the scope of the lower courts' injunctions. The administration can't ban "foreign nationals who have a credible claim of a bona fide relationship with a person or entity in the United States." 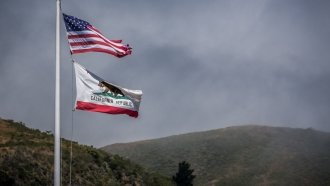 California Has Its Own Travel Ban, And It's Expanding

So, for example, if travelers from one of those six countries have a family member in the U.S., they are free to visit. The ruling also uses students attending the University of Hawaii as an example of those with an established relationship with the U.S.

The Supreme Court will hear the case in the fall, and the partial reinstatement goes into effect immediately.

Trump released a statement shortly after the decision was announced, saying: "Today's unanimous Supreme Court decision is a clear victory for our national security. ... As President, I cannot allow people into our country who want to do us harm. I want people who can love the United States and all of its citizens, and who will be hardworking and productive."