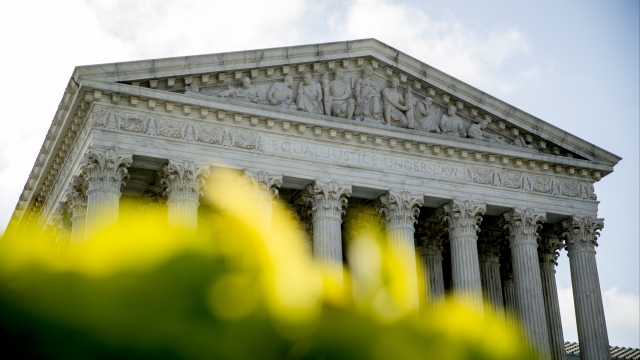 The U.S. Supreme Court has affirmed that a large portion of eastern Oklahoma, including most of Tulsa, is a Native American reservation.

In Thursday's 5-4 ruling, Justice Neil Gorsuch reflected on the promise made following the Trail of Tears: "Today we are asked whether the land these treaties promised remains an Indian reservation for purposes of federal criminal law. Because Congress has not said otherwise, we hold the government to its word."

According to court documents, the state argued that the crime did not happen on tribal land because Congress dissolved the Creek Reservation during the so-called "allotment era." However, the high court maintained that Congress never clearly eliminated the reservation and ruled that "for MCA purposes, land reserved for the Creek Nation since the 19th century remains 'Indian country.'"

Thursday's ruling reinforced that Oklahoma prosecutors don't have the authority to pursue criminal cases against Native Americans on Native American land. McGirt could be retried along with another man, Patrick Murphy, who was convicted of killing a fellow tribe member in 1999.

Gorsuch wrote that the justices are "aware of the potential for cost and conflict around jurisdictional boundaries" regarding hundreds of convictions won by local prosecutors. But he said "Oklahoma and its tribes have proven time and again that they can work successfully together."

Following the decision, Oklahoma released a joint statement with the Muscogee (Creek), Cherokee, Chickasaw, Choctaw and Seminole nations, saying: "The Nations and the State are committed to ensuring that Jimcy McGirt, Patrick Murphy, and all other offenders face justice for the crimes for which they are accused. We have a shared commitment to maintaining public safety and long-term economic prosperity for the Nations and Oklahoma."

Additional reporting by Sean Murphy and Jessica Gresko of The Associated Press.