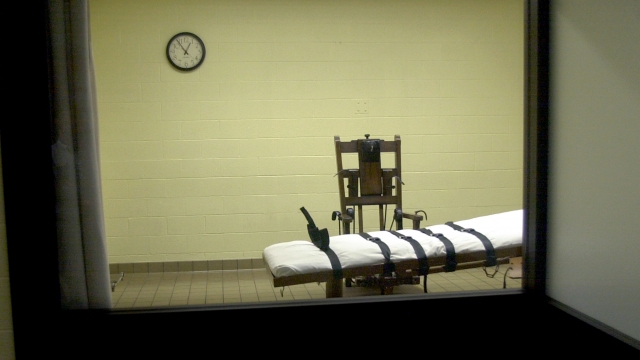 The Supreme Court hears several cases every year, but there's one topic that almost always leads to mixed opinions on the bench: the death penalty. Justices filed opinions and issued public explanations in two out of three death penalty cases on Monday, which is rare.

The first case comes out of Alabama. The Supreme Court overturned two lower courts' rulings and refused to delay an inmate's execution. Christopher Lee Price challenged his execution last month, saying the state's lethal injection protocol would cause him pain and that he wanted the state to use lethal gas instead. Price, who was convicted of fatally stabbing a minister back in 1991, has a new execution date of May 30.

Thomas said "it is difficult to see [Price's] litigation strategy as anything other than an attempt to delay his execution."

The second case involves a Texas inmate who says the state wouldn't let a religious leader stay with him while he died. Patrick Henry Murphy, who was convicted of killing a police officer in 2000, wanted his Buddhist spiritual adviser to be in the execution chamber with him. The high court granted a stay back in March.

That month, Justice Brett Kavanaugh and Chief Justice John Roberts voted to allow the stay. The court issued a new opinion Monday and Kavanaugh wrote that since Texas allows Christian or Muslim religious leaders to stay with inmates during executions, denying Murphy's request "violated the Constitution's guarantee of religious equality."

Correction: A previous version of this story said the Supreme Court issued opinions in two cases. Justices declined to take up review in two cases and issued new opinions in the Texas case, which they decided back in March. This story has been updated.