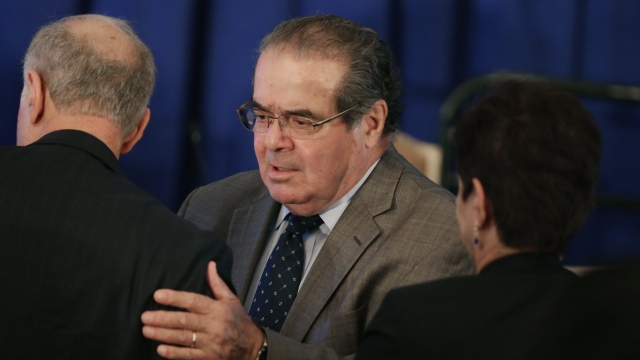 Supreme Court Justice Antonin Scalia has died at a West Texas ranch. He was 79.

Government officials told local media outlets that Scalia retired early from a private party after a day of quail-hunting. He was found unresponsive and pronounced dead Saturday morning.

Multiple agencies are involved in the investigation; officials told media "there was no evidence of foul play and it appeared that Scalia died of natural causes."

"He will no doubt be remembered as one of the most consequential judges and thinkers to serve on the Supreme Court," President Obama said.

Politicians from both sides of the aisle offered their condolences to Scalia's family, commemorating the justice for his influential 30-year tenure on the bench.

Speaker of the House Paul Ryan said in a statement "The passing of this brilliant jurist is a great loss, but his writings — with their plain language and constitutional moorings — will guide generations to come."

"There will be plenty of time for me to do so and for the Senate to give that person a fair hearing and a timely vote,"  President Obama said.

President Obama also said he would fulfill his Constitutional responsibility to nominate a successor. Several Republican leaders have called for a halt in choosing a new justice before the presidential election.

Scalia served on the Supreme Court starting in 1986, when he was nominated by President Ronald Reagan. He is survived by his wife Maureen and their children and great-grandchildren.

This video includes images from Getty Images and clips from Fox News and C-SPAN.