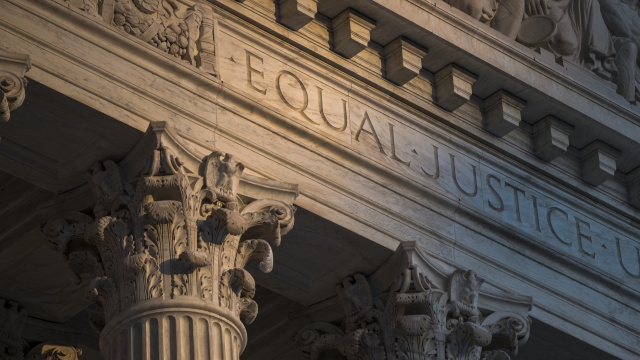 SMS
Supreme Court Hears 'Faithless Elector' Case
By Bailey Vogt
By Bailey Vogt
May 13, 2020
Justices will decide whether "faithless electors" in the electoral college process are allowed to vote against who won their state's popular vote.
SHOW TRANSCRIPT

The Supreme Court's final day of virtual hearings Wednesday will conclude with a case about faithless electors just months before the 2020 election.

Justices will have to decide whether "faithless electors" in the electoral college process are allowed to vote against who won their state's popular vote.

Following a general election, representatives from each state are sent to make the final determination on who wins the presidency. The majority of electors vote for the candidate who won the popular vote in their state. But in the 2016 presidential race, three electors from Washington and one from Colorado were punished for not giving their votes to Democratic nominee Hillary Clinton, who won the popular vote in both states.

The electors sued, arguing requiring electors to vote a certain way is unconstitutional. While a federal appeals court in Colorado sided with the elector, the Washington Supreme Court sided with the state — upholding their punishment for not voting for the state's popular vote winner.

In total, 32 states and the District of Columbia require electors to vote for their state's popular vote winner.