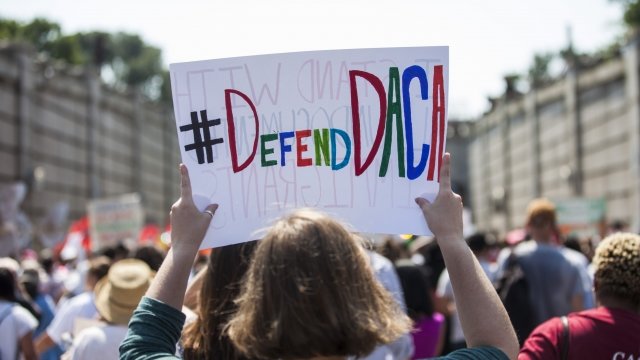 SMS
The Supreme Court Stopped An Order For DACA Decision Records — For Now
By Lindsey Pulse
By Lindsey Pulse
December 9, 2017
SCOTUS is split over documents related to the Trump administration's decision to end the Deferred Action for Childhood Arrivals program.
SHOW TRANSCRIPT

The Trump administration doesn't have to turn over any more records regarding its decision to end DACA — at least for now.

DACA is the Deferred Action for Childhood Arrivals program. It's an Obama-era program that allowed some undocumented immigrants to stay in the U.S.

The U.S. Supreme Court is split 5-4 on whether the administration has to give up additional documents — like emails and memos — concerning its reasons for ending the program.

On Friday, it granted an unsigned, temporary hold on a lower court order to hand over the documents.

A federal judge in California gave the order in connection with a series of lawsuits alleging the administration violated federal law when it suddenly canceled the program. 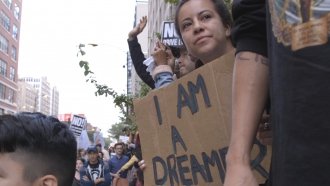 But the Trump administration argued the order poses an unnecessary burden on the government and that some of the documents it would have to hand over are protected.

The four Democrat-appointed members of the Supreme Court issued a 10-page dissent on the court's temporary stay.

Justice Stephen Breyer wrote, among other things, that the government failed to show why it should be granted "extraordinary relief" and that the issue should be left with the lower courts.