Supreme Court Declines To Weigh In On Partisan Gerrymandering 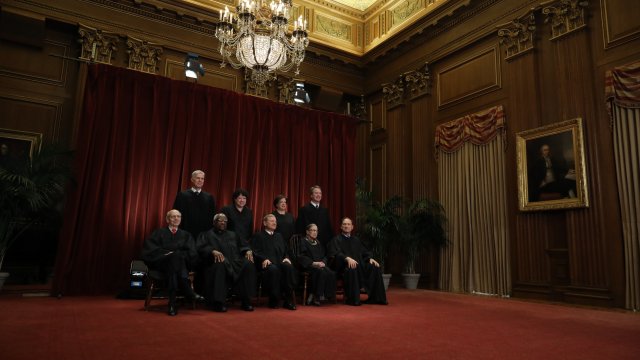 The Supreme Court again declined to decisively weigh in on whether partisan gerrymandering is constitutional.

This year, the high court considered two cases centered around the issue. In North Carolina, the justices looked at the state's 2016 congressional map, which was drawn to politically benefit Republicans, who were in power at the time. In Maryland, a case centered around the sixth congressional district, and whether Democrats re-drew the lines there to flip that seat.

In the ruling, the Supreme Court said "partisan gerrymandering claims present political questions beyond the reach of federal courts."

The vote was split 5 to 4: the court's five conservative-leaning justices made the decision. Chief Justice John Roberts explained the decision not to weigh in was made by taking the Constitution literally, because partisan gerrymandering existed when the Constitution was written. He said the drafters gave the responsibility of regulating the practice to state legislatures, with Congress as a check and balance.

Justice Elena Kagan responded to that historical perspective in her dissent. She said that while partisan gerrymandering has been an issue since the country's founding, "big data and modern technology—of just the kind that the mapmakers in North Carolina and Maryland used—make today’s gerrymandering altogether different from the crude line-drawing of the past.”

Challenges can still be filed on a state level, and analysts speculate it could put more pressure on lawmakers to pass districting regulations.

A House bill that provides for states to establish independent, nonpartisan districting commissions passed along party lines in March. But, Senate Majority leader Mitch McConnell shot down that idea pretty quickly, saying at the time "this sprawling, 622-page doorstop is never going to become law. I certainly don’t plan to even bring it to the floor here in the Senate."