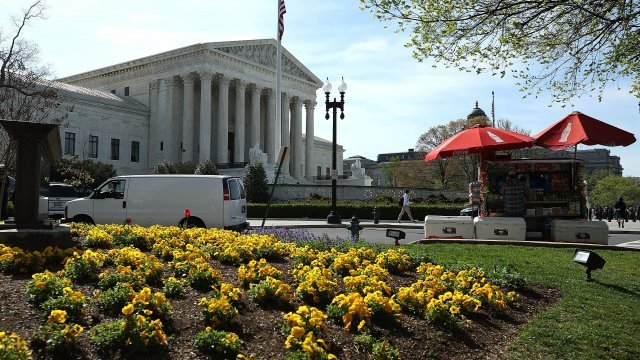 The Supreme Court decided not to weigh in on a controversial abortion case from Arkansas.

The issue surrounds a 2015 law regulating abortion-inducing prescriptions. The law requires doctors who prescribe those drugs to have a contract with another doctor who agrees to handle any emergencies and has admitting and surgical privileges at a nearby hospital.

Planned Parenthood of Arkansas argues that law effectively bans medically induced abortions, and it would leave only one abortion provider in the entire state.

Attorneys representing Arkansas say it's a "commonsense requirement" that aims to ensure women have access to appropriate follow-up care, if necessary.

The Supreme Court's decision not to hear the case opens the door for the law to go into effect. Lower court rulings had blocked the law, and now the case goes backs to those lower courts, where the debate will likely continue.