Supreme Court Could Rule On Abortion Issues Without Alabama Law 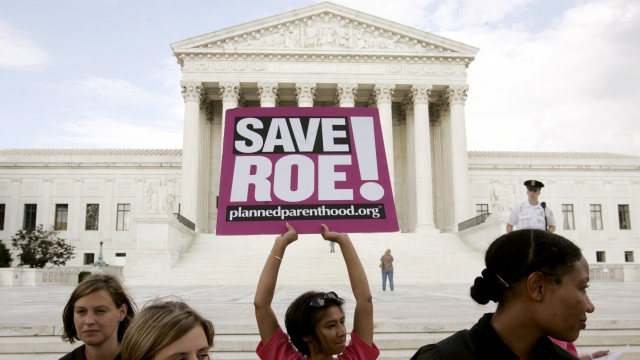 There are two bills already on the Supreme Court's docket that could be game changers in the national abortion debate.

State legislatures across the country have increased their efforts to restrict or ban abortions. Hundreds of restrictive abortion bills have been introduced this year alone, so why is this trend picking up now?

It's likely tied to the new, conservative bent on the Supreme Court. The confirmation of Brett Kavanaugh put conservative justices in the majority, and some people are hoping to use that to overturn Roe v. Wade.

The most recent controversial abortion legislation comes out of Alabama. Lawmakers there passed a bill that effectively bans all abortions, unless the woman's life is in danger or the fetus has a "lethal anomaly." The law was written with one goal in mind – to end up in front of the Supreme Court.

But there are two cases already on the high court's docket that could be game changers in the national abortion debate. Both stem from an Indiana law signed in 2016 by then-Gov. Mike Pence.

One case focuses on the requirement that women get an ultrasound and then wait at least 18 hours before an abortion. Two lower courts sided with the plaintiffs, Planned Parenthood, and ruled that the requirement placed an undue burden on women, blocking the law from going into effect.

The other case, also filed by Planned Parenthood, targeted two different components of the law. One provision required any fetal remains from an abortion procedure to be buried or cremated. The other provision banned women from seeking an abortion solely based on race, sex, or disability of the child. Again, two lower courts ruled against the state and blocked those parts of the law.

If the Supreme Court takes up one or both of the cases, the subsequent rulings could rollback some of the abortion protections tied to Roe v. Wade, or another precedent-setting case, Planned Parenthood v. Casey. But alternatively, the conservative leaning court could do the unexpected and further enshrine the constitutional right to an abortion.

For both petitions, the justices haven't decided yet if they will hear Indiana's case. The Supreme Court's current term is scheduled to end in late June, and court watchers say there's a good chance the justices will decide whether or not to hear these abortion cases before then.