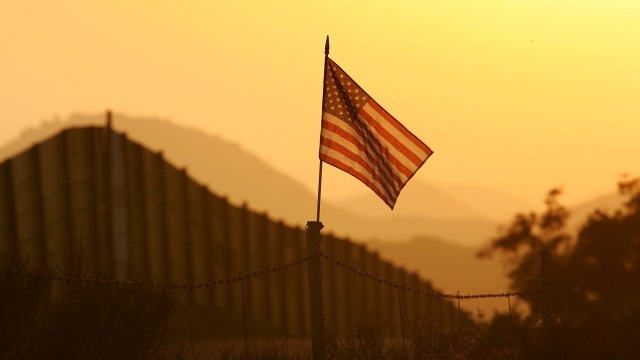 On Friday, the Supreme Court gave President Donald Trump the green light to use military funding to build parts of a wall along the U.S.-Mexico border.

The Supreme Court voted 5 to 4 to let the Trump administration use $2.5 billion from the Department of Defense for border wall projects in Arizona, New Mexico and California. The administration says the wall is needed to protect national security.

But the fight isn't over. Friday's ruling granted the administration the money but it doesn't allow them to use it for construction just yet. While they have the money, an appeals court will determine if the White House had the authority to divert the funds in the first place.

The fight for border wall funding caused the longest partial government shutdown in U.S. history. President Trump declared a national emergency at the U.S.' southern border in February. He thought because he declared the emergency that $6 billion, including the $2.5 billion, would be available for the wall. The Sierra Club and the Southern Border Communities Coalition challenged the $2.5 billion transfer, arguing the money was illegally transfered and would cause environmental harm.

Earlier this month, a panel of judges from the 9th Circuit Court of Appeals blocked the funds from being used because the money was not appropriated from Congress.

The administration asked the Supreme Court to step in and overturn the court's orders. The Department of Justice filed a stay to lift the ruling.

The ACLU argued against the stay and said it will be "asking the federal appeals court to expedite the ongoing appeals proceeding."