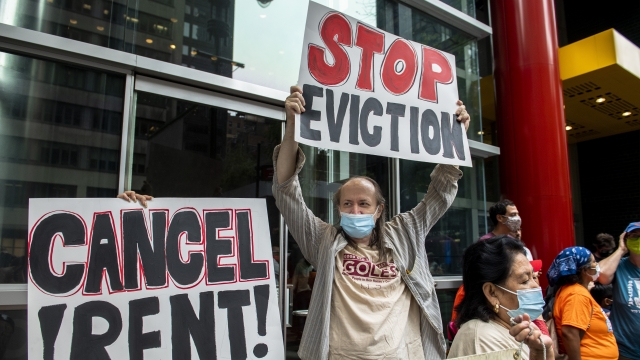 The Supreme Court's conservative majority is allowing evictions to resume across the United States, blocking the Biden administration from enforcing a temporary ban that was put in place because of the coronavirus pandemic.

The court's action ends protections for roughly 3.5 million people in the United States who said they faced eviction in the next two months, according to Census Bureau data from early August.

The court said late Thursday in an unsigned opinion that the Centers for Disease Control and Prevention, which reimposed the moratorium Aug. 3, lacked the authority to do so under federal law without explicit congressional authorization. The justices rejected the administration's arguments in support of the CDC's authority.

“If a federally imposed eviction moratorium is to continue, Congress must specifically authorize it,” the court wrote.

The three liberal justices dissented. Justice Stephen Breyer, writing for the three, pointed to the increase in COVID-19 caused by the delta variant as one of the reasons the court should have left the moratorium in place. “The public interest strongly favors respecting the CDC’s judgment at this moment, when over 90% of counties are experiencing high transmission rates,” Breyer wrote.

White House press secretary Jen Psaki said the administration was “disappointed” by the decision and said President Joe Biden “is once again calling on all entities that can prevent evictions — from cities and states to local courts, landlords, Cabinet Agencies — to urgently act to prevent evictions.”

Rep. Cori Bush, D-Mo., who had camped outside the Capitol as the eviction moratorium expired at the end of last month, said Congress must act to reinstate the protections.

“We are in an unprecedented and ongoing crisis that demands compassionate solutions that center the needs of the people and communities most in need of our help. We need to give our communities time to heal from this devastating pandemic,” she said in a statement. “We didn’t sleep on those steps just to give up now. Congress must act immediately to prevent mass evictions.”

It was the second loss for the administration this week at the hands of the high court's conservative majority. On Tuesday, the court effectively allowed the reinstatement of a Trump-era policy forcing asylum seekers to wait in Mexico for their hearings. The new administration had tried to end the Remain in Mexico program, as it is informally known.