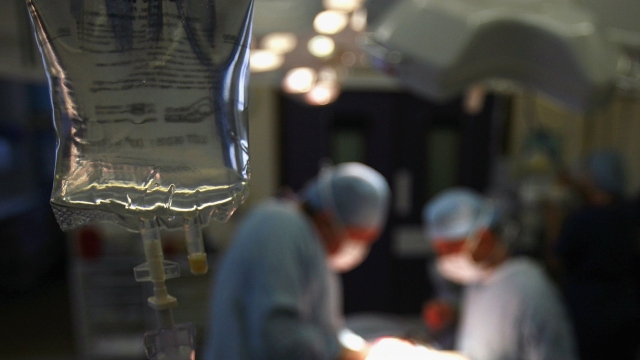 SMS
'Superbugs' Could Kill 10 Million People A Year By 2050
By Ryan Biek
By Ryan Biek
May 19, 2016
There could be $100 trillion in lost economic output if nothing is done to stay ahead of antibiotic-resistant pathogens.
SHOW TRANSCRIPT

A new review says antibiotic-resistant infections –– aka "superbugs" –– could kill 10 million people each year and cost the world $100 trillion in lost economic output by 2050.

The paper summarizes more than a year and a half of expert analysis on the subject. And at current rates, it's estimated more than 700,000 people are dying each year because of superbugs.

While their figures sound dramatic, the researchers say they might actually be too small.

That's because the estimate of 10 million people a year doesn't even include secondary problems. Caesarean sections, joint replacements and chemotherapy could all be deemed too risky in the future if antibiotics lose their power.

Renowned economist and project chair Jim O'Neill wrote antibiotic resistance "needs to be seen as the economic and security threat that it is, and be at the forefront of the minds of heads of state, finance ministers, agriculture ministers, and of course health ministers, for years to come."

That estimate is still only 0.05 percent of what G20 countries currently spend on health care, yet middle- and low-income countries could be hit the hardest by superbugs if nothing is done. Getting richer countries to take on more of the financial burden could be difficult if they feel they have less at stake.

The review argues nations should share a lot of the costs since the whole world will benefit from the solutions. And with so much at stake if antibiotic resistance grows, researchers say now is the time to act.

This video includes clips from Al Jazeera, Rajasthan Antibiotics Limited and the Centers for Disease Control and Prevention and images from Getty Images. Music provided courtesy of APM Music.