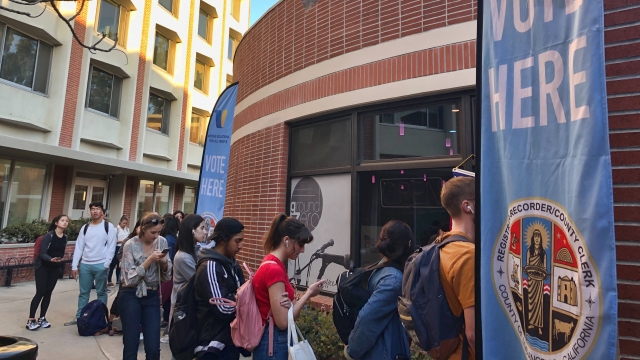 Voter turnout in the Democratic primary has been pretty good so far, and party leaders hope that's a precursor of what's to come in November.

Looking at the first 18 states, Democratic turnout in 2020 bested numbers from 2016 almost everywhere. Oklahoma is the one exception, where about 30,000 fewer ballots were cast. Results in California are still outstanding because officials there are still counting.

Voter turnout in eight states was higher than 2016 and 2008, a year with record-breaking participation nationwide.

The biggest increases in 2020 happened in states that ditched the caucus format. The number of Democratic voters in Minnesota and Maine increased by about 260% and 330%, respectively, compared to the 2016 caucuses. Colorado is on track to see the biggest boost: Election officials there are still counting votes, but they've already surpassed a 600% increase in participation.

Changes in population size do impact the number of people who vote, but turnout is often seen as a measure of voter enthusiasm. The historic turnout in the 2008 Democratic primaries resulted in a commanding victory for President Barack Obama. Party leaders hope this year's primary turnout will lead to a Democratic presidential win in November.