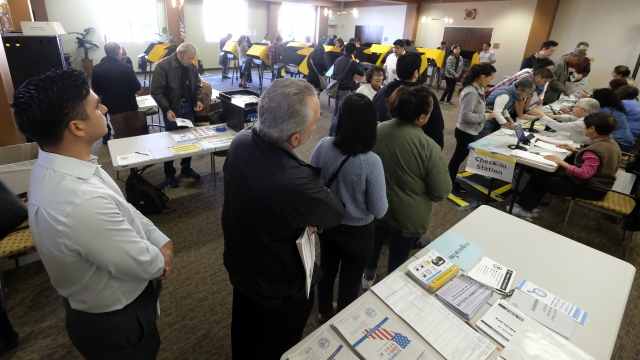 Hundreds of Texas voters were forced to stand in line for several hours to cast their ballots in the state's primary on Tuesday.

The Galveston County Democratic Party tweeted that the long lines “were created by our Republican elected officials” by closing hundreds of polling locations in recent years.

A Guardian analysis found most of the closed polling sites were in predominantly Black and Latino neighborhoods and around college campuses.

In addition to long wait times, civil rights groups said some polling locations were understaffed, while others were closed. Machines broke at several sites.

Experts noted that Texas closed hundreds of polling sites since the Supreme Court in 2013 struck down a provision of the Voting Rights Act that required states with a history of discriminatory voting practices, like Texas, to change election laws without approval from the federal government.

The voting problems are not just bad news for Texas voters — they're likely to worry Democrats who hope to realize a decades-old dream of flipping the state from red to blue in 2020. Doing so will require driving young, diverse populations to turn out, despite the shortage of polling sites in their communities.

In a statement, Texas Democratic Party Chair Gilberto Hinojosa said, "We need major improvements across the board: more resources to assist county and state elections officials and increased access to voting.”

On the West Coast, technical issues plagued polling sites in California, forcing voters to wait in line to vote for hours.

In L.A. County, election officials rolled out a new, $300 million election system on primary day. The new machines raised concerns about security and tech glitches even before their debut.

And after officials reported problems, the Bernie Sanders campaign filed an emergency complaint to keep L.A. polling sites open for two extra hours amid the long lines. The motion was denied, but L.A. County Clerk Dean Logan said voters in line when polls close will be allowed to cast their ballot.