Super Bowl XLIX: Why This One Guarantees Drama 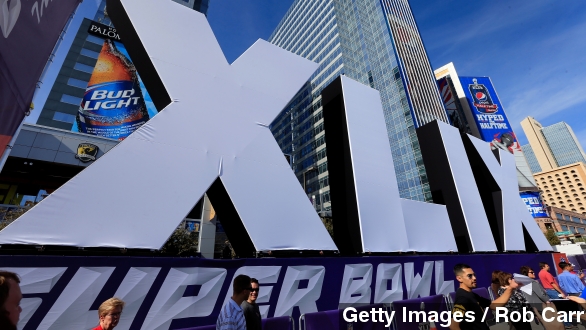 America loves drama! And we're getting a healthy serving of it with the Super Bowl on Sunday.

He's back once again. (Video via UGG Australia)

Tom Brady returns to the big game after a two-year hiatus. And this one puts him in the record books.

Brady is set to make his sixth Super Bowl appearance — more than any other quarterback in history.

And a fourth championship ring would also tie him with Terry Bradshaw and the great Joe Montana for most Super Bowl wins as a starting QB.

"You mad, bro?"
"It's funnier every time I see it," Richard Sherman said.

... the loud and proud Richard Sherman, of course. (Video via Fox Sports)

The charismatic Seahawks star cornerback and his "Legion of Boom" are back for a repeat chance at Super Bowl glory, and he certainly hasn't been tight-lipped about his feelings toward Tom Terrific.

"I think people somehow get a skewed view of Tom Brady. That he's just a clean cut, does everything right and never says a bad word to anyone. And we know him to be otherwise," Richard Sherman said.

From extrovert to introvert, next is Marshawn Lynch — who’s been stealing the spotlight by trying to avoid the spotlight.

...Lynch is all beast-mode on the gridiron. Watch for him to plow through Patriots' defensemen like they were tackling dummies.

Yes, depending on your perspective...

... New England Patriots head coach Bill Belichick is either the hooded mastermind — or … the hooded Machiavelli. His offensive schemes pick defenses apart, and it’s paid off for him.

Belichick has more playoffs wins than any other coach in NFL history. Like Brady, a win Sunday would likely start the “best ever” debates for him. (Video via The Boston Globe)

But included in those post-season victories is the Pats’ recent AFC Championship — which, justly or unjustly — has been called into question due to one word.

"I have a lot of friends who are not Patriots fans that say the Patriots cheat" CNN's John Berman said.

"Do you think it should be such a big story?" Jimmy Kimmel said.

"Well, let's see. The government of Yemen has collapsed, you have terror cells in France, and all three networks news broadcasts tonight were lead with deflate-gate," NBC Sportscaster Al Michaels said.

Yes, whether you think it helped the Patriots or not, deflate-gate blew up and is now casting the team in a negative light.

So when the Pats face the Seahawks, a team that shocked the sports world with a thrilling fourth quarter comeback to make it to the Super Bowl — well, cue added drama!

There's a good chance otherwise indifferent fans will be pulling for Seattle to repeat and send the Pats back to Boston without that special jewelry on their fingers.

Bottomline: history tells us it should be a good game. All five Super Bowls in the Brady-Belichick Patriots era have been decided by four points or less, win or lose. Then again, none of those games were against the Seahawks, and we all saw what they did last season against the Broncos.