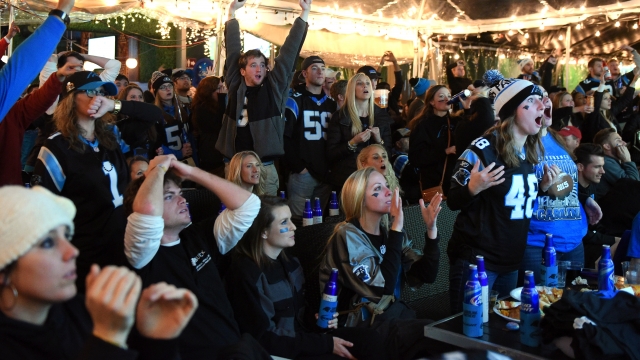 Skipping work on Super Bowl Monday might seem like a good idea at the time, but it takes more than a $4 billion-toll on U.S. employers.

That's according to employment firm Challenger, Gray & Christmas, which expects nearly 14 million people will call off of work the day after the Super Bowl. The firm says that could cost employers up to $2.6 billion in productivity losses.

As you'd probably expect, experts predict that this year, many of those unplanned absences could happen in Los Angeles and across New England.

Even if you do head into the office on Monday, there's a chance you'll be a part of some game-related distractions. Those types of productivity losses could reach $1.7 billion, just from employees spending an hour of their work day talking about the big game or coming in an hour late.

The trend has even been dubbed 'Super Sick Monday,' and it caught the attention of at least one major company.

In 2017, Kraft Heinz gave its salaried workers the day off, even filing a petition to make Super Bowl Monday a national holiday. It didn't end up getting enough signatures to be sent to Congress.

If you don't happen to work for Heinz, the VP of Challenger, Gray & Christmas has some suggestions for employers: let employees come in a little bit later, or turn the day into a morale-booster by throwing a potluck with Super Bowl party leftovers.

He also pointed out that even though a $4-billion impact seems like a lot, the actual losses likely won't be noticeable for individual companies.