Super Bowl Commercial Round-Up: What's With All The Sadness? 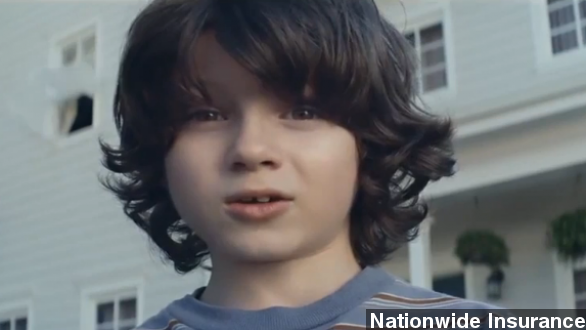 SMS
Super Bowl Commercial Round-Up: What's With All The Sadness?
By Jay Strubberg
By Jay Strubberg
February 1, 2015
Super Bowl ads are known for puppies and dancing, but many of this year's ads had a darker side, tackling issues like drug addiction and death.
SHOW TRANSCRIPT

It's no surprise that not everyone watching this year's Super Bowl had a vested interest in the game's outcome.

As in years past, there's a different competition peaking interest outside the white lines: the Ad Bowl. So, here's our quick Super Bowl commercial round-up: some good, some great and some ... not so much.

We'll start strong with the good — a spirited Coca-Cola commercial rallying against hateful speech on the internet.

As one TechCrunch writer summed it up: "I'm Not Sure This Will Actually Happen If You Spill Coke On Your Computer, But I'm Willing To Try."

Next, how about points for creativity with Fiat? Yes, just add a dose of Viagra to your Fiat and it goes, um, all beast-mode apparently.

Twitter users got a good chuckle out of that one. One said, "If the Fiat Viagra #SBcommercials make you laugh for more than 4hrs please see a physician." Well put.

To wrap up the good, you simply cannot go wrong with a tasteful Puppy commercial. Budweiser scores big by reuniting this little furry fella with his owner, and viewers loved it.

Let this be a lesson for GoDaddy, which pulled it's own puppy-inspired ad at the last minute after public backlash.

And, finally, the ugly: what's with all the sad ads? Nationwide, Nissan and Toyota, just to name a few, put up tear-jerking commercials tackling, at times, some pretty serious topics.

There was even one commercial that aired in St. Louis from the National Council on Alcoholism & Drug Abuse that warned against using heroin by showing what appeared to be a teenager dying of an overdose.

The Nationwide ad, in particular, didn't go over well. According to a mid-game poll by Cast App, 76% of respondents voted Nationwide's ad the worst Super Bowl commercial in the first half.

Well, there you have it. Some good ones, some bad ones — and a surprising amount of sadness. Now, the companies just have to hope they got their monies' worth. Every 30-second ad this year cost $4 million dollars.