Sun Story Smearing Jeremy Corbyn Might Have Some Holes 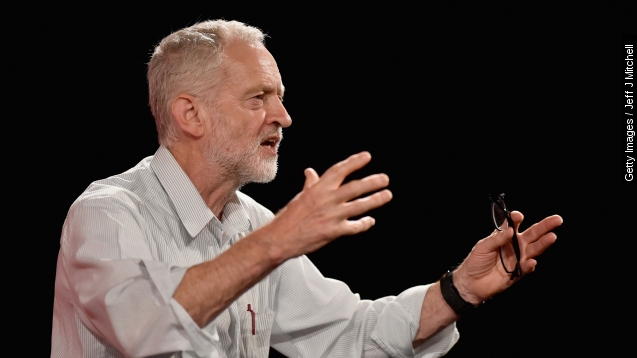 A tabloid seems to have caught everyone's attention twice with one front page.

The Sun first turned heads Tuesday by reporting Labour leader Jeremy Corbyn agreed to join the queen's Privy Council to "get his hands on 6.2 million pounds of state cash."

Corbyn has historically been anti-monarchist, and the paper painted him as a hypocrite going on "bended knee" to gain "Short money."

Short money is a term for public funding given to parties that aren't in power — the idea is to level the playing field between opposition parties and the ruling party.

The only problem is the story's main source, Queen's Counsel member Richard Gordon, told the Huffington Post UK he "didn't give a view of Short money" to a Sun reporter.

An Institute for Government spokeswoman also told The Huffington Post UK the Labour Party has the right to claim the 6 million pounds, regardless of whether Corbyn joined the Privy Council. (Video via Sky News)

A spokeswoman said: "A leader is often given Privy Council status so they can be fully briefed on national security issues. This has nothing to do with Short money."

At the time of publication, The Sun's story was still on its website.