Are There Giant Tornadoes On The Sun's Surface? 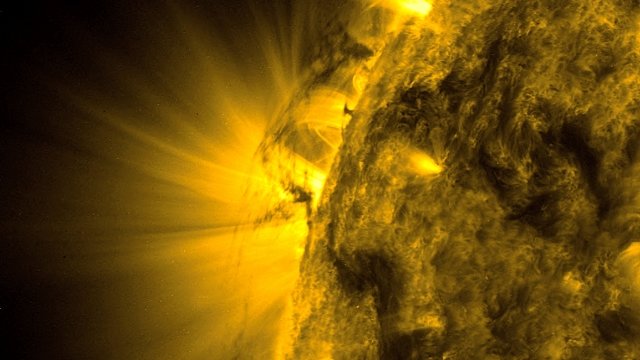 Multiple telescopes have been pointed at the sun around the clock for years, so it's surprising it's taken so long to answer a question like, "Does the sun have giant plasma tornadoes several times larger than Earth?"

The sun's surface is anything but tranquil: Plasma is always shooting out in different shapes thanks to incredibly powerful magnetic fields. And for decades, scientists have noticed some of those plumes looked a lot like tornadoes. 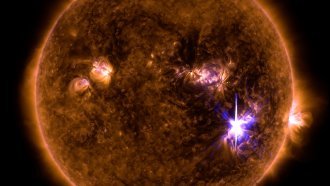 Our Sun Just Unleashed Its Strongest Solar Flare In A Decade

But it's only been a few years since we've seen video evidence, and yes, solar tornadoes really do look a lot like Earth-bound ones — only big enough to swallow the planet and swirling around 100 times faster.

But some European scientists now say we've been tricked by an optical illusion. After carefully measuring the plumes, they say solar tornadoes aren't actually rotating — it just looks that way from our side-on perspective. They're still enormous and still incredibly powerful, but they aren't tornadoes.

For what it's worth, NASA has been cautious about using the term "tornado" for a while now, noting in 2014 that some scientists thought the spin might be an illusion.