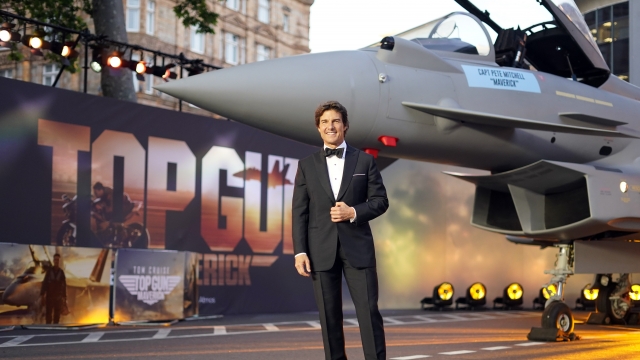 Other big May releases include "Downton Abbey: A New Era" and "Men."

Leave it to Tom Cruise to usher in the summer blockbuster movie season."Top Gun: Maverick" is landing in theaters this coming week, May 27, 36 years after the beloved original. But that’s not all — the summer lineup is stacked.Here’s a list of other movies making headlines that are premiering in the upcoming weeks:June 10 “Jurassic World Dominion” (Universal, theaters): The “conclusion” to the Jurassic World franchise melds the Chris Pratt and Bryce Dallas Howard films with the stars of the original "Jurassic Park," Laura Dern, Sam Neill and Jeff Goldblum. Set four years after the destruction of Isla Nublar, this installment promises new dinosaurs, new stars like DeWanda Wise and nonstop action.June 17  “Lightyear” (Disney, theaters): Long before landing in Andy’s room, Buzz Lightyear was a young astronaut trying to get home from a hostile planet in this film-within-a-film origin story. And this time, Buzz is voiced by Captain America himself, Chris Evans.June 24 “Elvis” (Warner Bros., theaters): Baz Luhrmann takes a look at Elvis Presley (Austin Butler) and his complex relationship with his manager, Colonel Tom Parker (Tom Hanks) over the course of 20 years in this music-filled journey.July 8 “Thor: Love and Thunder” (Disney, theaters): Retirement won’t last long for Chris Hemsworth’s god of thunder in this Taika Waititi-directed extravaganza, featuring the return of Natalie Portman’s Jane Foster who is now able to wield the magic hammer on her own and the introduction of a villain played by Christian Bale.July 22 “Nope” (Universal): Jordan Peele returns to terrify audiences with “a new pop nightmare” in his secretive new film about some Inland Empire locals, Daniel Kaluuya, Keke Palmer and Steven Yeun, who witness a chilling event. Additional reporting by The Associated Press.