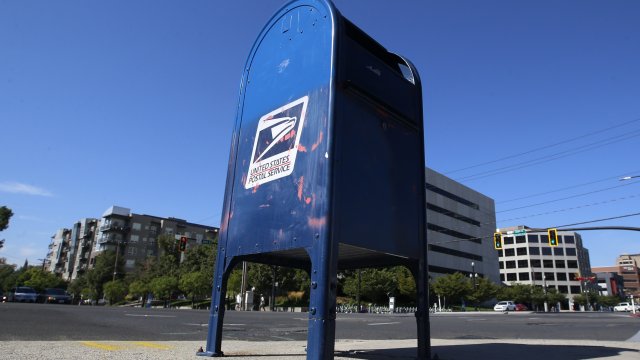 Several people — including some on the ballot this November — are suing President Donald Trump, the U.S. Postal Service and Postmaster General Louis DeJoy.

They want a court order guaranteeing enough funding for the post office in the months leading up to the November election. The suit alleges the president and DeJoy are trying to make the Postal Service unable to deliver election ballots.

The legal moves come in response to President Trump's comments last week he wouldn't support funding for the Postal Service, noting that if it didn't have the funding, it couldn't handle mail-in ballots.

He and the White House have since tried to walk back those comments.

"Wouldn't do that. I have encouraged everybody to speed up the mail, not slow the mail. And I also want to have a post office that runs without losing billions and billions of dollars a year," the president said.

Plaintiffs in the suit include Democrats running for office in New York state, a Chicago voter who recently underwent a bone marrow transplant and a 97-year-old Illinois woman who cast her first ballot in 1944.