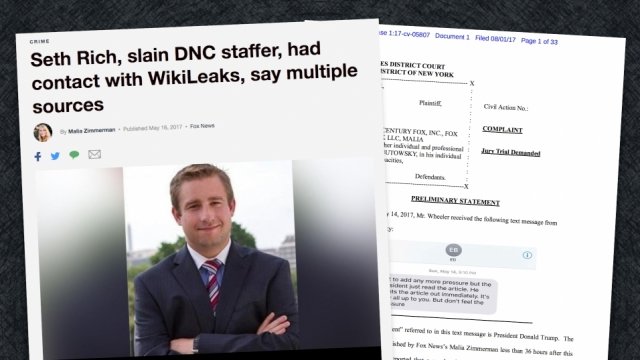 By Jake Jones
August 1, 2017
The plaintiff claims his quotes were made up to fit a narrative pushed by a wealthy Donald Trump supporter.
SHOW TRANSCRIPT

The lawsuit was brought by investigator and Fox News contributor Rod Wheeler.

He claims some quotes attributed to him in Fox News' story about Rich were fake. Now, this story is confusing and includes a lot of conflicting statements. Let's take it from the top.

In July 2016, DNC staffer Seth Rich was shot and killed in Washington, D.C. Both then and now, police say it was likely a robbery gone wrong, but the case remains unsolved.

They agreed, and Butowsky brought Wheeler onto the case. 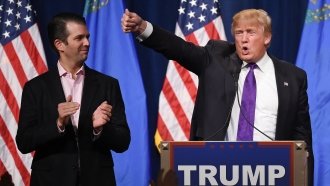 Wheeler's lawsuit claims he and Butowsky met with then-White House press secretary Sean Spicer in April, supposedly to keep him updated on the investigation.

Here's where things get tricky. Wheeler says Butowsky and a Fox News reporter, Malia Zimmerman, told him that an FBI source believed Rich had emailed WikiLeaks before his death. It's been suggested that Rich was the source of leaked DNC emails published on WikiLeaks two weeks after his death.

Wheeler said he provided some quotes to Fox based on what Butowsky and Zimmerman had told him. The two then used what Wheeler had told them to back up their FBI source's claims — even though they'd given Wheeler the information in the first place.

"I have never seen the emails myself directly. I haven't even seen the computer that Seth Rich used," Wheeler said.

The lawsuit blames Butowsky for ushering the article to print — it even says he told Wheeler that President Donald Trump himself wanted to see it published.

Both Spicer and Butowsky confirmed they met in April, but said it wasn't about the Seth Rich story. Butowsky also said he was joking about Trump's involvement.