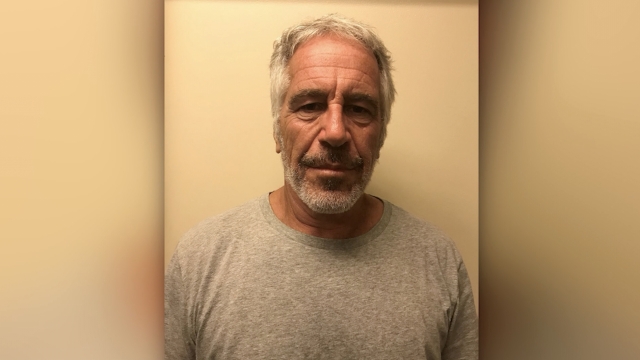 New allegations against sex trafficker Jeffrey Epstein were revealed in a lawsuit Wednesday. The attorney general of the U.S. Virgin Islands says the late financier trafficked and sexually abused young women and girls on his private Caribbean island as recently as 2018.

Attorney General Denise N. George filed the suit against Epstein and his estate. She said Epstein, who owned two islands in St. Thomas, "clearly used the Virgin Islands and his residence in the U.S. Virgin Islands ... as a way to be able to conceal and to be able to expand his activity" there.

George said: "Epstein's victims deserve answers and accountability. The conduct of Jeffrey Epstein and his associates shocks the conscience and betrays the deepest principles and laws of the U.S. Virgin Islands."

The filing says: "As recently as 2018, air traffic controllers and other airport personnel reported seeing Epstein leave his plane with young girls some of whom appeared to be between the age of 11 and 18 years." It also alleges he promised the girls with money, career opportunities and help with school.

The suit also includes accounts of girls who allegedly tried to escape from Little St. James. It says Epstein caught one girl who tried swimming away and took her passport. Another girl was allegedly found while trying to leave, and the suit says Epstein "suggested physical restraint or harm if she failed to cooperate."

Back in August, Epstein was found dead in his Manhattan jail cell after an apparent suicide. He had pleaded not guilty to charges of sex trafficking minors. Had he been convicted, he could have faced up to 45 years in prison. As Newsy has previously reported, Epstein avoided federal prostitution charges in 2008 by pleading guilty to two lesser charges in a deal with the Florida U.S. Attorney's office.

George said the government is seeking all equitable and legal remedies from Epstein and his estate, such as forfeiture, damages and civil penalties.

"The Virgin Islands is not and will not be a safe haven for human trafficking or sexual exploitation. ... My office is dedicated as one of its top priorities to hold accountable those who break the laws, regardless of political, social or economic status."