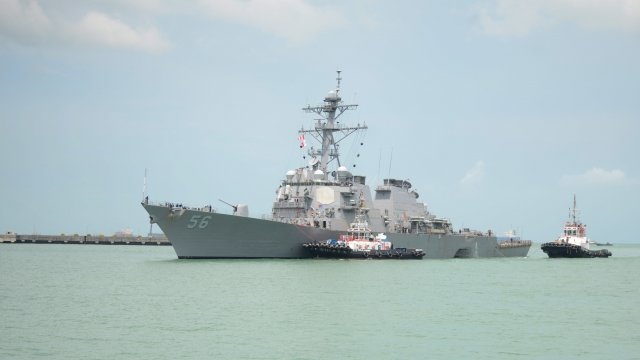 A U.S. Navy guided-missile destroyer made a "sudden turn" that caused it to collide with a 30,000-ton oil and chemical tanker east of Singapore in August.

That's according to the Singapore government's investigation into the USS John S. McCain crash. It found that turn resulted from a "series of missteps" from those controlling the ship. It also noted that after the McCain made the turn, the tanker didn't do enough to avoid crashing into the Navy ship.

The Navy's chief of naval operations previously said the collision was "preventable," pointing to a Navy report that found the crash "resulted primarily from complacency, over-confidence and lack of procedural compliance."

Ten U.S. sailors on the McCain died as a result of the crash. It occurred about two months after another U.S. Navy ship, the USS Fitzgerald, collided with a merchant vessel, killing seven American sailors.

The Navy commanders of both ships are facing criminal charges, including negligent homicide and dereliction of duty.