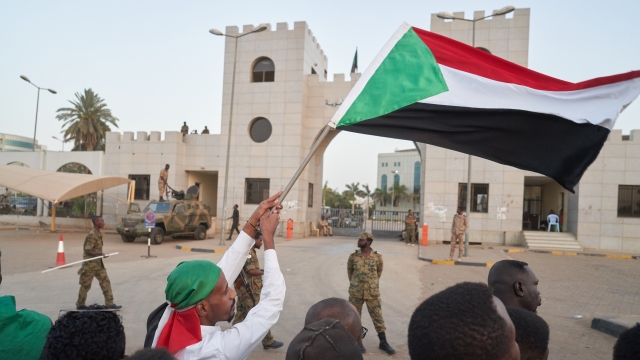 Sudanese military and protest leaders have signed an agreement to share power after months of violent clashes and protests.

Demonstrations first started in December after the government cut subsidies on fuel, bread and other staples. They quickly escalated into calls for Sudan's longtime president, Omar al-Bashir, to step down. Dozens of people died in the protests. In April, al-Bashir was ousted in a military coup, which then took control of the government, promising to hand it over to civilians.

Protesters took to the streets to demand new leadership last month after the military raided a pro-democracy sit-in in Khartoum, leading to more than 100 deaths.

The agreement signed on Wednesday creates an 11-member governing body, called the Sovereign Council. Five of the members will be civilians selected by protest leaders, and five will be military personnel selected by military leaders. The 11th person will be a civilian chosen by both parties.

A constitutional declaration will determine the Sovereign Council's powers.