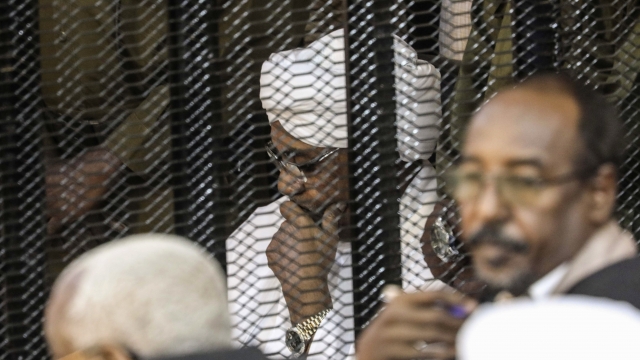 SMS
Sudan To Hand Over Ex-President For War Crimes Trial
By Bailey Vogt
By Bailey Vogt
February 11, 2020
ICC prosecutors want him to face charges of genocide, war crimes and crimes against humanity, including for the 2003 Darfur conflict.
SHOW TRANSCRIPT

Sudanese officials announced Tuesday they would be handing over former president Omar al-Bashir to the International Criminal Court.

Al-Bashir came to power in 1989 by overthrowing the government. But in April 2019, rebel groups overthrew his government and jailed him on charges of corruption and killing protesters.

ICC prosecutors want him to face charges of genocide, war crimes and crimes against humanity, including mass killings in the 2003 Darfur conflict.

At one point, Central African insurgency groups tried to fight discrimination from Sudan's Arab-majority government. Al-Bashir responded by dropping bombs and turning the Janjaweed militia on those communities. The United Nations estimates that conflict, which is still ongoing, has killed almost 300,000 people and displaced almost 3 million more.

Officials did not say when the transfer would happen.