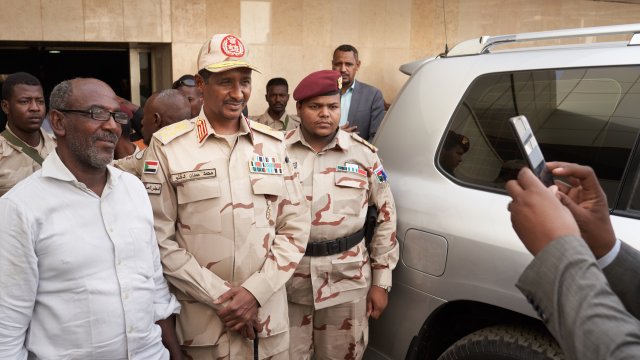 On Thursday, Sudan's military council announced it had foiled an attempted coup, just days after the council and a democratic coalition agreed on a plan for short-term joint rule of the country.

In a statement, a member of the council said 16 current and former military officers had been arrested so far. Additional members of the group that led the coup attempt were reportedly still at large, and Sudanese officials were searching for the leader Thursday evening.

Sudan has been in political turmoil since the overthrow of President Omar al-Bashir in April. The military council that currently rules the country took power after al-Bashir's exit.

But the situation has changed in recent months. Protesters took to the streets to demand new leadership last month after a pro-democracy sit-in in Khartoum led to more than 100 deaths.

The protests led to an agreement that military representatives would share power with civilians for the next three years until elections can be held. The military council will be dissolved when the deal kicks in.