Sudan Military Leader Calls For Elections After Raid On Protesters 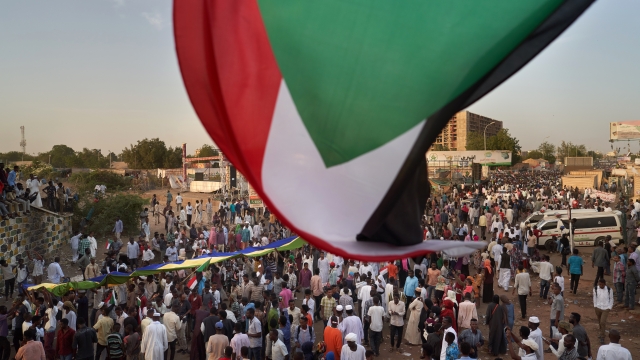 In a speech Tuesday, Sudan's military leader canceled agreements the military council previously made with opposition groups and called for snap elections to be held within nine months.

Lt. Gen. Abdel Fattah al-Burhan announced the decision less than one day after security forces launched a raid on a protest camp in Sudan's capital. A medical group linked to protesters reported that at least 35 people were killed and hundreds more were injured.

Forces were trying to clear a protest sit-in outside the Sudanese army's headquarters. That protest camp has been an important part of demonstrators' attempts to gain civilian control of the country.

Here's some context: Protests first started in December after the government cut subsidies on fuel, bread and other staples. They quickly escalated into calls for Sudan's longtime president, Omar al-Bashir, to step down. Dozens of people died in the protests.

In April, al-Bashir was ousted in a military coup, which then took control of the government, promising to hand it over to civilians. And last month, a Sudanese military spokesman said military and civilian protest leaders agreed to transition to a fully civilian administration after a three-year period. But protesters want a quicker transition to a civilian government.

After hearing reports of the Monday raid, one of the groups organizing the protests said it was terminating negotiations with Sudan's ruling military council. It also called for all of the country's civilians to participate in "an all-out political strike and civil disobedience" until the council is "overthrown."

Sudan's military leader said Tuesday that a caretaker government will be formed to oversee the country up until the general elections are held. He also said those elections will be supervised by regional and international monitoring groups. The opposition later responded to his speech, saying it rejected the military's proposed election timetable.