Successes, Failures And Lessons Learned From The 2020 Election 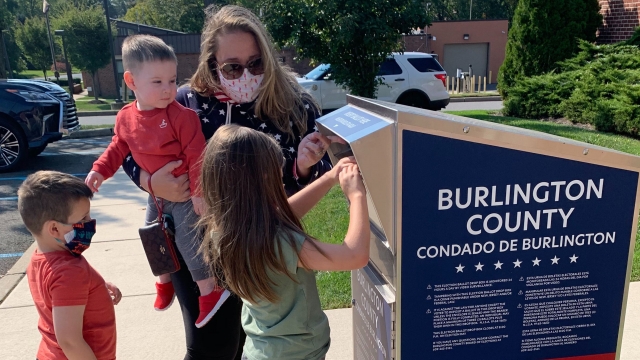 With the 2020 election behind us, officials across the country are looking to learn from what worked and what didn't.

"I think secretaries of state and others really stepped up and voters really leaned in as well and responded beautifully and brilliantly by adapting the ways that they vote," said Minnesota Secretary of State Steve Simon.

"Our elections were secure. The results were an accurate reflection of the will of the people. They were a reflection as well of significant turnout and significant engagement among voters this year," said Michigan Secretary of State Jocelyn Benson.

Newsy reached out to election officials around the country. Only Democratic secretaries of state got back to us, and all of them celebrated changes they feel made voting easier and more accessible.

"What changes did your state make this year that you would like to see continue in the future?"

"Surprisingly to us, there was strong support from vote by mail," said Vermont Secretary of State Jim Condos.

Vermont was one of four states that automatically mailed ballots to all registered voters because of the pandemic. And Arizona and Minnesota were among the states that allowed election officials to start processing mail-in ballots earlier this year.

"Our normal rule was a one week head start. ... In Minnesota, we had that two-week head start. I suspect that that's something we will talk about extending into the future, because it really made for a much smoother Election Day, and maybe more importantly, post election period as well," said Simon.

But some conservatives warn that states should be encouraging people to continue voting in person.

"If you go to a polling place, you go vote in person, if there's a question, if there's an issue, those can be addressed in real time. If you cast your ballot by mail, you don't necessarily get to address those problems," said Zack Smith, a legal fellow at the Meese Center for Legal and Judicial Studies at the Heritage Foundation.

One of the biggest challenges officials in both parties faced was misinformation and the contentious environment that extended well beyond Election Day. That's according to the chair of the U.S. Election Assistance Commission, who is an appointee of President Trump.

"There's a lot of work that needs to go into helping people learn more to understand more about the election process, particularly the process and all the work that goes in to certifying and finalizing the results," said Ben Hovland, chairman of the U.S. Election Assistance Commission.

"I think the damage that's being done by all of these accusations and, you know, just working to undermine the integrity of the election is is going to have a wide impact far beyond this election," said Arizona Secretary of State Katie Hobbs.

"The knocks on our election integrity across the country, the knocks on election officials, the threats that people have received ... Civil servants doing their job should not be threatened," said Condos.

Americans also changed the way they got involved with the election — a change officials hope will stick around.

"We had a new generation of poll workers step up. You know, we had a lot of young poll workers, a lot of first-time poll workers that had never done that. I think it'll be important to continue to keep those people engaged," said Hovland.