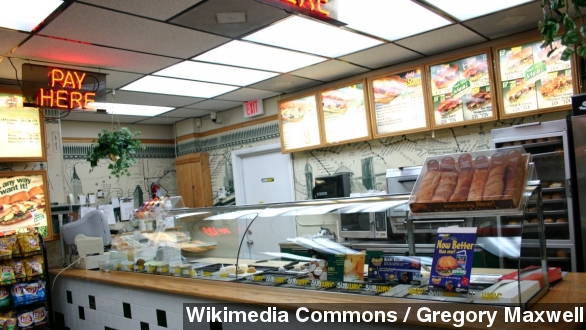 Subway has announced it will stop using a certain ingredient found in its breads. And the change may make your sandwiches a little less... chewy.

"Subway, the francise where you buy food, removing a chemical from its bread. The ingredient is commonly used to increase elasticity in everything from yoga mats to shoe rubber." (Via Fox News / "Fox & Friends")

According to USA Today, the chemical  — azodiacarbonamide, is used in the bread-making process as a dough conditioner to whiten the dough and allow it to bake faster.

Not exactly "eating fresh." When word got out about the chemical, popular food blogger and health activist Vani Hari decided to do something about it. (Via WPEC)

Hari started a petition on her blog Food Babe Tuesday asking Subway to cut the ingredient from its products. "It’s not supposed to be food or even eaten for that matter. And it’s definitely not 'fresh...' We deserve the same safer food our friends get overseas."

The chemical is banned in the U.K., Europe and Australia because health officials there believe it could be linked to respiratory issues like asthma. (Via WFOR)

By Thursday, Subway announced it would stop using the chemical. Hari says she's thrilled with the quick response and added:

She told USA Today in an email, "I urge everyone not to eat their sandwich bread until they have finally removed the chemical."

Though a representative for Subway says the change was underway before the petition came out. It's unclear when the process actually started. The company has also not detailed its plans for when the chemical will be completely removed from its bread.