Subway's 50th Anniversary Could Have Come At A Better Time 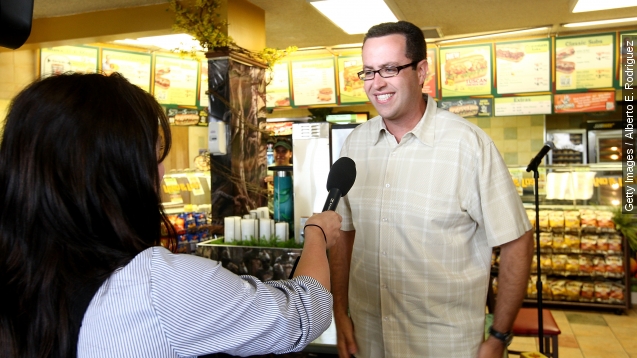 Subway has been in the headlines a lot lately, but not for what the sandwich giant wishes it were getting attention for. (Video via WRTV)

Amid the scandal surrounding Subway's former pitchman, this week is Subway's 50th anniversary, and the world's largest food chain (by number of restaurants) would much rather we all pay attention to that. (Video via Subway)

"The very first restaurant was opened right here in Bridgeport, Connecticut, in 1965 by a 17-year-old with a $1,000 loan," Subway's promotional video says.

And as Subway throws back to its humble roots, the company now has more than 44,000 stores in 110 countries.

But the company has been seeing declining sales even as it continues to open more stores. Last year, it lost its spot as the second-largest restaurant chain by sales to Starbucks.

Despite recent setbacks, the chain would like to project a more positive message.

"And now, 50 years later, it's time to celebrate, Team Subway. Be proud of all your hard work."