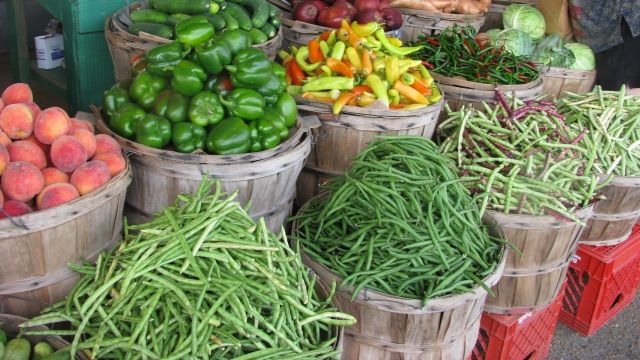 A study found subsidizing produce could save almost 115,000 more lives than a soda tax in the U.S.

Cardiovascular disease is the No. 1 cause of death in the U.S.

There have been a couple of suggestions on how to fix that, and one of the most common is a "soda tax."

But taxing sugary drinks might not actually be the best approach. A new study suggests the best way to fight cardiovascular disease is to make fruits and veggies cheaper.

The study, published in PLOS Medicine, found that a subsidy on produce could save over 150,000 lives by 2030. That would make the subsidy almost five times more effective than a soda tax.

That's because those taxes only hit sugar consumption and don't necessarily encourage better eating. But researchers found a subsidy could increase produce consumption by 14 percent.

Some scientists say they now know exactly how much of the good stuff we should be eating.

Subsidies are more costly to put into place, though. Taxes can help pay for themselves because they bring in revenue. Soda taxes are also easier to implement.

But the real-world impact of soda taxes is hard to measure. Researchers used economic models to make their predictions, but actual markets are unpredictable. Philadelphia, one of the U.S. cities with a soda tax, says it's not making as much off the tax as it expected.

It might be possible to tax soda and subsidize produce. Another study from Australia suggests doing both could save the country billions in health costs, all by getting people to eat healthier.