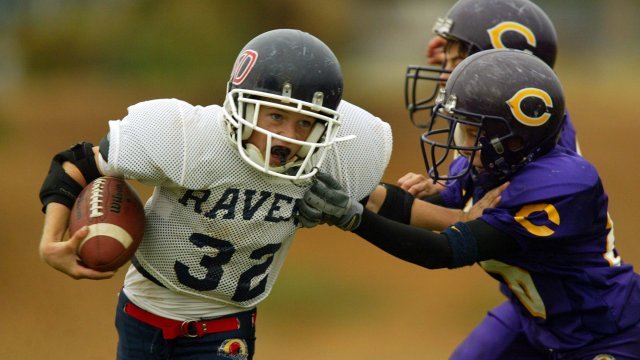 SMS
New Study Links Youth Football To Cognitive Problems Later In Life
By Gabrielle Ware
By Gabrielle Ware
September 19, 2017
According to a new study, those who play tackle football before age 12 are at greater risk of cognitive and behavioral problems later on.
SHOW TRANSCRIPT

Participation in youth football took a serious hit in recent years, and a new study's findings may not improve the situation.

The report, published in the Translational Psychiatry journal, suggests those who play tackle football before age 12 are at an increased risk for cognitive and behavioral problems later in life.

And the study says that holds true even if the player displayed no symptoms of concussions.

The study looked at 214 former amateur and professional football players with no other contact sport experience. They found that those who began playing before they turned 12 were likelier to experience depression, apathy and behavioral control issues. And the earlier they were exposed to the sport, the worse the symptoms were. 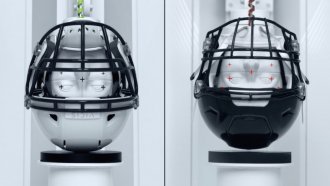 Youth football participation has been steadily declining ever since the NFL acknowledged that concussions can have lasting effects on players in 2009. Youth participation dropped by almost 30 percent over the next 5 years.

But the recent study might intensify the debate over whether kids should play tackle football at all. One of its authors told The New York Times: "The brain is going through this incredible time of growth between the years of 10 and 12, and if you subject that developing brain to repetitive head impacts, it may cause problems later in life."