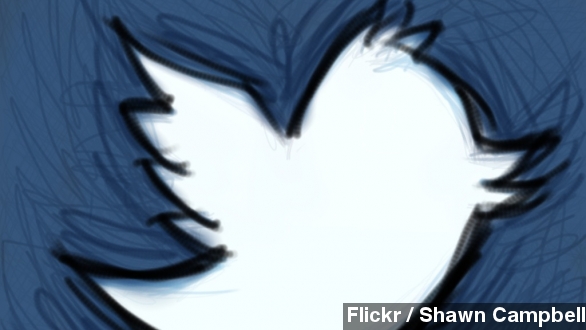 ​Love Twitter and your significant other? According to a recent study, all your tweeting and hashtagging could lead to the bitter, bitter end of your relationship — if you believe the findings, that is.

Titled “The Third Wheel,” a study from University of Missouri grad student Russell Clayton concludes that people who use Twitter most often have a good chance of creating relationship problems because of it.

Clayton predicts the worst, writing if Twitter use leads to problems, “It is plausible to speculate that such conflict could lead to unfavorable relationship outcomes such as cheating, breakup or divorce."

The survey cited 581 Twitter users who were asked how often they argued with significant others about the social network and whether they’ve ever physically or emotionally cheated with someone they met on Twitter.

But not everyone is blindly retweeting the results. The Week’s Jon Terbush points out: "You should absolutely expect that people who use Twitter more often would have more 'Twitter-related conflicts' since there are simply more opportunities for those problems to arise.”

And Brian Fung of The Washington Post writes that "The fact that too much of anything might be grounds for a breakup seems self-evident.”

So maybe it’s just common sense to put down the timeline during dinner.

In the study, Clayton agreed, recommending that “users should cut back to moderate, healthy levels of Twitter use if they are experiencing Twitter or Facebook – related conflict.”

But if you just can’t get enough of those little blue notifications, there’s an app for that. 2Life combines a couple’s social accounts into one (hopefully) conflict-free feed while others advise couples just share one account across the board.

The report is actually Clayton’s second such study. Last year he found that excessive Facebook use led to, you guessed it, Facebook-related strife in relationships.