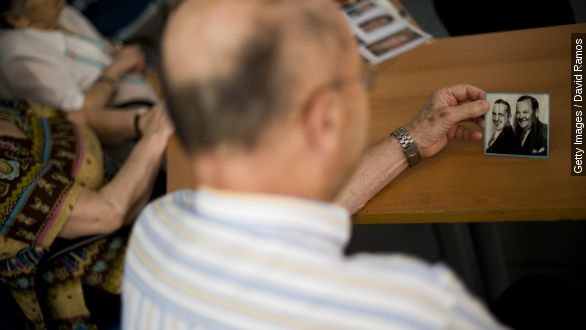 A study published Wednesday claims to have found a potential cause for Alzheimer's — and possibly a way to prevent it from happening.

The study, performed by researchers at Duke University, found the immune system was causing the debilitating disease in lab mice.

Certain immune cells called microglia that normally protect the brain began acting abnormally. The microglia, the researchers said, started to "divide and change." In parts of the brain where neurons had died, the researchers found these abnormal microglia along with arginase, an enzyme that breaks down an amino acid called arginine. They suspect this arginine consumption contributed to the mice's memory loss.

But then researchers used a drug called DFMO to target the arginase. Blocking the arginase, it turned out, also resulted in fewer of the abnormal microglia. When done before any Alzheimer's symptoms started to appear, the mice performed better on memory tests than other mice that didn't receive the drug.

DFMO is currently used for some cancer treatments but hasn't been tested as any sort of Alzheimer's therapy yet. The researchers are now trying to figure out whether DFMO can treat Alzheimer's in the lab mice after the symptoms appear.

While not quite a cure, the team says the results are promising.

Speaking to Time, the study's senior author said, "Our approach is recognized as unique and opens new avenues to think about what causes Alzheimer's disease and new ways to treat the disease."

The London-based Alzheimer's Society released a statement saying the study offers new hope and that the next step will be to figure out if scientists can actually reduce the death of brain cells.

According to the Centers for Disease Control and Prevention, 5 million Americans were living with Alzheimer's disease in 2013. The CDC expects that number to rise to 14 million by 2050.